Melbourne City coach Patrick Kisnorbo has acknowledged fixture congestion looms as a significant issue for his side after four more City players contracted COVID-19 this week. Ten days on from revealing that all but five members of his squad had contracted the coronavirus – forcing the postponement of an FFA Cup and A-League Men fixture … END_OF_DOCUMENT_TOKEN_TO_BE_REPLACED

With just over 24 hours until his side faces Wellington Phoenix in the FFA Cup, Melbourne City A-League Men coach Patrick Kisnorbo says he is still in the dark on who will be fit enough to play following a widespread COVID outbreak amongst his squad.  Set to decide a place in the final four of … END_OF_DOCUMENT_TOKEN_TO_BE_REPLACED

Western United coach John Aloisi says that a COVID case in his team won’t disrupt their preparations for Friday evening’s clash with Adelaide United, having spent the pre-season preparing for a positive test to pop up in the group. Western became one of a growing number of Australian sporting teams to report a positive COVID … END_OF_DOCUMENT_TOKEN_TO_BE_REPLACED 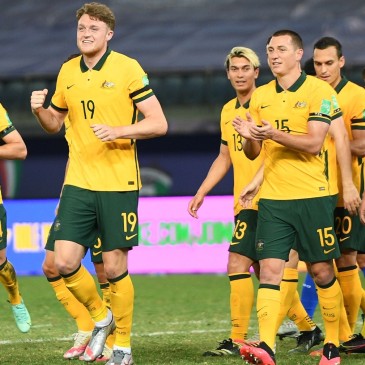 Aaron Mooy, Tom Rogic, Bailey Wright, and Daniel Arzani will return to the Socceroos setup for coming World Cup Qualifiers against China and Vietnam, with quarantine requirements restricting coach Graham Arnold to just a single A-League representative in his 27-player squad. Named on Satuday afternoon, Arnold’s side will assemble in Doha over the next 48 … END_OF_DOCUMENT_TOKEN_TO_BE_REPLACED

Feature interview with Dario Vidosic. Discussing his professional future, how and why his move to the Indian Super League fell through, COVID blocking moves to China and Malaysia, signing in the NPL, coaching at City academy, and the best memories of his career. Full story published in ESPN: https://www.espn.com.au/football/melbourne-city-fc/story/4333477/dario-vidosic-focusing-on-the-future-as-melbourne-city-offer-life-after-football

Support Joey by buying him a coffee at Ko-fi